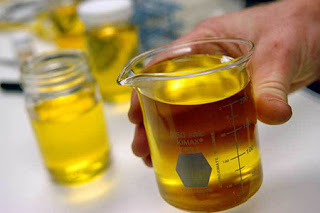 Minnesota will raise its biodiesel standards to a 20 percent blend starting next summer, up from the current 10 percent. Gov. Mark Dayton’s administration announced the new mandate Thursday at Farmfest in Morgan, Minn. “We were the first to mandate B5, and we are now the first in the nation, again, to mandate B20,” Minnesota Agriculture Commissioner Dave Frederickson said.
biodiesel biofuels